If classes are objects what is the difference between types and instances?

When I talk about "my cat" I am referring to a concrete instance of the "cat" concept, which is a subtype of "animal". So, despite being both objects, while types can be specialized, instances cannot.

Usually an object B is said to be a specialization of an object A when:

Those targets are very general and valid for any system and the key to achieve them with the maximum reuse of already existing components is delegation. Delegation means that an object shall perform only what it knows best, and leave the rest to other objects.

Please, please, please do not forget composition: in many cases, composition can lead to simpler systems, with benefits on maintainability and changeability.

Usually composition is said to be a very generic technique that needs no special syntax, while inheritance and its rules are strongly dependent on the language of choice. Actually, the strong dynamic nature of Python softens the boundary line between the two techniques.

where we declare a new class SecurityDoor that, at the moment, is a perfect copy of the Door class. Let us investigate what happens when we access attributes and methods. First we instance the class

This shows us that Python tries to resolve instance members not only looking into the class the instance comes from, but also investigating the parent classes. In this case sdoor.colour becomes SecurityDoor.colour, that in turn becomes Door.colour. SecurityDoor is a Door.

As you can see the content of __dict__ for SecurityDoor is very narrow compared to that of Door. The inheritance mechanism takes care of the missing elements by climbing up the classes tree. Where does Python get the parent classes? A class always contains a __bases__ tuple that lists them

Please note that this is just an example that does not consider multiple inheritance.

Let us try now to override some methods and attributes. In Python you can override (redefine) a parent class member simply by redefining it in the child class.

As you can forecast, the overridden members now are present in the __dict__ of the SecurityDoor class

So when you override a member, the one you put in the child class is used instead of the one in the parent class simply because the former is found before the latter while climbing the class hierarchy. This also shows you that Python does not implicitly call the parent implementation when you override a method. So, overriding is a way to block implicit delegation.

If we want to call the parent implementation we have to do it explicitly. In the former example we could write

You can easily test that this implementation is working correctly.

This form of explicit parent delegation is heavily discouraged, however.

The first reason is because of the very high coupling that results from explicitly naming the parent class again when calling the method. Coupling, in the computer science lingo, means to link two parts of a system, so that changes in one of them directly affect the other one, and is usually avoided as much as possible. In this case if you decide to use a new parent class you have to manually propagate the change to every method that calls it. Moreover, since in Python the class hierarchy can be dynamically changed (i.e. at runtime), this form of explicit delegation could be not only annoying but also wrong.

The second reason is that in general you need to deal with multiple inheritance, where you do not know a priori which parent class implements the original form of the method you are overriding.

To solve these issues, Python supplies the super() built-in function, that climbs the class hierarchy and returns the correct class that shall be called. The syntax for calling super() is

The output of super() is not exactly the Door class. It returns a super object which representation is <super: <class 'SecurityDoor'>, <SecurityDoor object>>. This object however acts like the parent class, so you can safely ignore its custom nature and use it just like you would do with the Door class in this case.

Composition means that an object knows another object, and explicitly delegates some tasks to it. While inheritance is implicit, composition is explicit: in Python, however, things are far more interesting than this =).

First of all let us implement classic composition, which simply makes an object part of the other as an attribute

The primary goal of composition is to relax the coupling between objects. This little example shows that now SecurityDoor is an object and no more a Door, which means that the internal structure of Door is not copied. For this very simple example both Door and SecurityDoor are not big classes, but in a real system objects can very complex; this means that their allocation consumes a lot of memory and if a system contains thousands or millions of objects that could be an issue.

The composed SecurityDoor has to redefine the colour attribute since the concept of delegation applies only to methods and not to attributes, doesn't it?

Well, no. Python provides a very high degree of indirection for objects manipulation and attribute access is one of the most useful. As you already discovered, accessing attributes is ruled by a special method called __getattribute__() that is called whenever an attribute of the object is accessed. Overriding __getattribute__(), however, is overkill; it is a very complex method, and, being called on every attribute access, any change makes the whole thing slower.

The method we have to leverage to delegate attribute access is __getattr__(), which is a special method that is called whenever the requested attribute is not found in the object. So basically it is the right place to dispatch all attribute and method access our object cannot handle. The previous example becomes

Using __getattr__() blends the separation line between inheritance and composition since after all the former is a form of automatic delegation of every member access.

As this last example shows, delegating every member access through __getattr__() is very simple. Pay attention to getattr() which is different from __getattr__(). The former is a built-in that is equivalent to the dotted syntax, i.e. getattr(obj, 'someattr') is the same as obj.someattr, but you have to use it since the name of the attribute is contained in a string.

Composition provides a superior way to manage delegation since it can selectively delegate the access, even mask some attributes or methods, while inheritance cannot. In Python you also avoid the memory problems that might arise when you put many objects inside another; Python handles everything through its reference, i.e. through a pointer to the memory position of the thing, so the size of an attribute is constant and very limited. 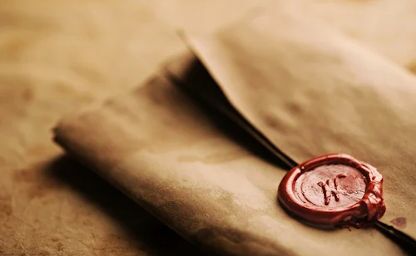